Secret Agent Report from Crusader Will 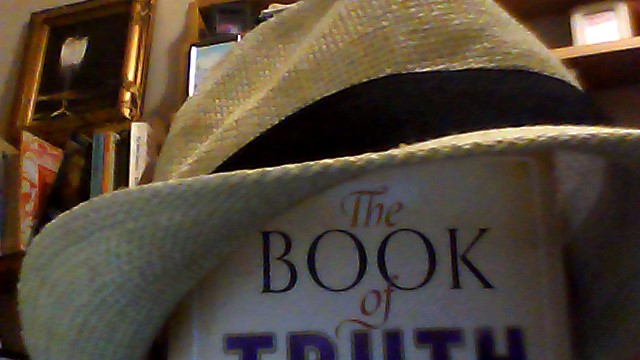 On Traditional Catholic websites, the themes of good priests and lackadaisical laity are frequent.

Here are some practical measures that can be taken by conscientious crusaders.
1. Let heresy-hunting priests and lay-persons seek one another out and come together in prayer and information-sharing.  You may have to do it undercover, or develop coded modes of contact,  or load
your conversation with clues that the  alert will pick up. {You will have to be judicious about how specific to get.}
2. If it is very difficult (as pertains in my neck of the woods) to find priests and lay-persons of like mind, then you may have to function as a cell-of-one and act as a secret agent ‘On His Majesty’s Service’.

3. You can leave hard-copy downloads in windowed envelopes in all sorts of public places such as libraries and doctors’ surgeries (slipped into books and magazines), information racks, park benches

(inserted into slats), lamp posts (stuck on with blue-tack) etc etc.
{Personally, i avoid church premises because you may be censored and have your integrity officially impugned.}
4. You can pay for crisp anonymous advertisements in the public notices of local newspapers.
5. You can make shrewdly-worded contributions under your own name to letters-to-the-editor columns.
6. You can make affirmations of faith under your own name to editors of Catholic publications.
7. You can forward material to radio and TV newsrooms, or to secular columnists with a professed if not practicing Catholic background.
8. You can write comments at the end of website articles (but not on the social media where there will hordes of ferocious atheists ready to pounce: there is no point in having cyberspace loaded with nastiness).  I use several pseudonyms that are loaded with meaning, or include one-liners that may inspire Google-searches that lead to book-of-truth websites.
{I visit such sites as Lifesite news, One Peter Five, Remnant newspaper, Church Militant, Irish Central Return to Tradition, and various Marian sites.}
9. You may be able to say aloud judicious but pointed prayers after the sermon at weekday Mass (see comment below) and have the assembled pious second your prayer (even if they don’t suspect you are being cunning).
10. You can make casual comments to persons at social gatherings that bring up their concerns  about a world-scene-gone-mad.
11. You may even be brave enough for face-to-face distribution of prophetic material {Church-sanctioned or controversial}.
12.  And you can tell selected computer buffs your code-name as an online ‘Trad-Cath’ commentator.
13. Get creative. get cunning, get bold. Soon some of us may even have to stand on soapboxes at street corners or sit behind information stalls at local markets. Jehovah’s Witnesses do it. Why not Traditionalist Catholics?
* Here, Crusader Will is referring to the “Prayers of the Faithful’.In his parish, he often reads them, so in amongst them all, he just makes up one referring to some issue in the Church that is relevant at the time.