Advice from the Popes

“Everyone should avoid familiarity or friendship with anyone suspected of belonging to Masonry or to affiliated groups. Know them by their fruits and avoid them. Every familiarity should be avoided, not only with those impious libertines who openly promote the character of the sect, but also with those who hide under the mask of universal tolerance, respect for all religions, and the craving to reconcile the maxims of the Gospel with those of the revolution. These men seek to reconcile Christ and Belial, the Church of God and the state without God.”

(Wow! This certainly says it all. Many of our bishops (majority?) are masons (including Bergoglio), and they certainly display the other characteristics of “universal tolerance, respect for all religions, and seeking to reconcile ” the maxims of the Gospel with those of the revolution.”)

“Our Apostolic Mandate requires from Us that We watch over the purity of the Faith and the integrity of Catholic discipline. It requires from Us that We protect the faithful from evil and error; especially so when evil and error are presented in dynamic language which, concealing vague notions and ambiguous expressions with emotional and high-sounding words, is likely to set ablaze the hearts of men in pursuit of ideals which, whilst attractive, are nonetheless nefarious.”

( Well, how appropriate is this in evaluating Bergoglio?)

“People are not wanting who pretend to form an alliance between light and darkness and to associate justice with iniquity in favor of those doctrines called Liberal Catholicism, which, based on the most pernicious principles, show themselves favorable to the intrusion of secular power upon the domain of spirituals; they lead their partisans to esteem, or at least to tolerate, iniquitous laws, as if it were not written that no one can serve two masters. Those who thus conduct themselves are more dangerous and more baneful than declared enemies, not only because, without being warned of it, perhaps even without being conscious of it, they second the projects of wicked men, but also because, keeping within certain limits, they show themselves with some appearance of probity and sound doctrine. They thus deceive the indiscreet friends of conciliation and seduce honest people, who would otherwise have strenuously combatted a declared error.”

“[According to the doctrine of the Modernists] it is necessary that the primitive [religious] formulas be accepted and sanctioned by the heart; and similarly the subsequent work from which are brought forth the secondary formulas must proceed under the guidance of the heart. Hence it comes that these formulas, in order to be living, should be, and should remain, adapted to the faith and to him who believes. Wherefore, if for any reason this adaptation should cease to exist, they lose their first meaning and accordingly need to be changed. In view of the fact that the character and lot of dogmatic formulas are so unstable, it is no wonder that Modernists should regard them so lightly and in such open disrespect, and have no consideration or praise for anything but the religious sense and for the religious life. In this way, with consummate audacity, they criticize the Church, as having strayed from the true path by failing to distinguish between the religious and moral sense of formulas and their surface meaning, and by clinging vainly and tenaciously to meaningless formulas, while religion itself is allowed to go to ruin.”

(All the errors we have seen lately are based on the modernists’ rule of “guidance of the heart”.)

“Therefore the whole and entire Catholic doctrine is to be presented and explained: by no means is it permitted to pass over in silence or to veil in ambiguous terms the Catholic truth regarding the nature and way of justification, the constitution of the Church, the primacy of jurisdiction of the Roman Pontiff, and the only true union by the return of the dissidents to the one true Church of Christ.” 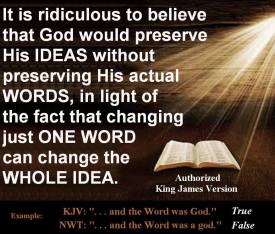 (Modernists do not explain the whole Catholic doctrine. They pick and choose, twist and misquote Christ’s teachings. We have seen that done over and over, during the last 7 years  under bthe ‘False Prophet”.)

“Even on the plea of promoting unity it is not allowed to dissemble one single dogma; for, as the Patriarch of Alexandria warns us, ‘although the desire of peace is a noble and excellent thing, yet we must not for its sake neglect the virtue of loyalty in Christ.’ Consequently, the much desired return of erring sons to true and genuine unity in Christ will not be furthered by exclusive concentration on those doctrines which all, or most, communities glorying in the Christian name accept in common. The only successful method will be that which bases harmony and agreement among Christ’s faithful ones upon all the truths, and the whole of the truths, which God has revealed

(“Dissemble” dogmas  …..  like divorce and remarriage; going to communion while living in sin; like blessing homosexual marriages (as some bishops have done), giving Holy Communion to practicing homosexuals, like worshipping pagan gods and using pagan symbols on the Altar during the Holy Sacrifice…?????)

“Now you know well that the most deadly foes of the Catholic religion have always waged a fierce war, but without success, against this Chair [of St. Peter]; they are by no means ignorant of the fact that religion itself can never totter and fall while this Chair remains intact, the Chair which rests on the rock which the proud gates of hell cannot overthrow and in which there is the whole and perfect solidity of the Christian religion.”

(Now we know why Pope Benedict was targeted. They had to get rid of him. The masons had to put their own man on the Chair of Peter.)

“As we said earlier, I repeat once more: If anyone preaches to you a gospel contrary to what you have received, let him be accursed. …The heretic, even though he has not been condemned formally by any individual, in reality brings anathema on himself, having cut himself off from the way of truth by his heresy. What reply can such people make to the Apostle when he writes: As for someone who is factious, after admonishing him once or twice, have nothing more to do with him, knowing that such a person is perverted and sinful; he is self-condemned. It was in the spirit of this text that Cyril of holy memory, in the books which he wrote against Theodore, declared as follows: ‘Whether or not they are alive, we ought to keep clear of those who are in the grip of such dreadful errors. It is necessary always to avoid what is harmful, and not to be worried about public opinion but rather to consider what is pleasing to God’.”

(Our hearts ache to hear and see the heresies that have been promoted – usually very subtly and cunningly, and that so many are misled. As Pope Vigilius tells us – we have to keep clear of them, but this is difficult in this technological age.)

“…diabolical error, when it has artfully colored its lies, easily clothes itself in the likeness of truth while very brief additions or changes corrupt the meaning of expressions; and confession, which usually works salvation, sometimes, with a slight change, inches toward death.”

(This is what we have to look out for – diabolical errors which are clothed in the likeness of Truth : ‘Who am I to judge?”; ” “There is no hell, there is the disappearance of sinful souls”; “: “The Paraclete creates all the differences among the Churches, almost as if he were an Apostle of Babel.“; “Our Lady was human! And perhaps she even had the desire to say: ‘Lies! I was deceived!“; “the miracle of Jesus multiplying the bread and fish was really a miracle of “sharing“, and many, many more examples abound, as you probably are well aware of.)

“Let no Christian therefore, whether philosopher or theologian, embrace eagerly and lightly whatever novelty happens to be thought up from day to day, but rather let him weigh it with painstaking care and a balanced judgment, lest he lose or corrupt the truth he already has, with grave danger and damage to his faith.”

( The warning here is to weigh up everything very carefully. This applies to all of us as well as our bishops and priests. You can’t improve on God’s law or His Teachings. The Truth is the Truth!))

“These moderns, forever prattling about culture and civilization, are undermining the Church’s doctrine, laws, and practices. They are not concerned very much about culture and civilization. By using such high-sounding words they think they can conceal the wickedness of their schemes. All of you know their purpose, subterfuges, and methods. On Our part We have denounced and condemned their scheming. They are proposing a universal apostasy even worse than the one that threatened the age of Charles [Borromeo]. It is worse, We say, because it stealthily creeps into the very veins of the Church, hides there, and cunningly pushes erroneous principles to their ultimate conclusions.”

(“prattling about culture and civilizations” – I can’t believe that this was written 100 years ago! A recent example:  “Pope Francis said he dreams of an Amazon region where the rights of the poor and indigenous are respected, local cultures are preserved, nature is protected, and the Catholic Church is present and active with “Amazonian features.”)

“Pope Gelasius in his ninth letter (chap. 26) to the bishops of Lucania condemned the evil practice which had been introduced of women serving the priest at the celebration of Mass. Since this abuse had spread to the Greeks, Innocent IV strictly forbade it in his letter to the bishop of Tusculum: ‘Women should not dare to serve at the altar; they should be altogether refused this ministry.’ We too have forbidden this practice in the same words….”

( Well what do you know? Our priest told us that all heresies are old ones – just resurfacing. What about this one?  Right on target for today.)