Children are being threatened from every side.

Here we see communistic principles of control (through fear) being enacted under the pretense of protecting and saving our children.

There is nothing further from the truth. In reality, parents should have sovereign rights over their children – their education, their health, their place of residence and their formation!

This is proof that Satan is attacking the family where communism, or at least a Communist form of rule, is being used to take away basic freedoms- under other guises and pretexts. 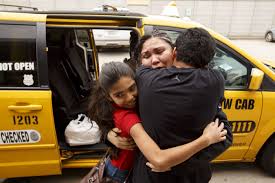 The Book of Truth warns us about the dangers of laws designed to enslave us:

“…Look in front of you and behind you. Look carefully at seemingly innocent new laws introduced into your countries designed to make you feel as if they are to improve your lives. Many of them are simply to enslave you by getting you to sign away your rights, under what appear to be democratic laws.

Democracy will be replaced with dictatorships, yet they will not be presented to nations as such. When millions have signed away all their rights, in the name of new tolerant laws, it will be too late. You will become prisoners.

The main leaders in the world are working together to bring their new plans about. They are part of the elite whose goal is greed, wealth, control and power. They do not accept the Power of God. They do not believe My Death on the Cross was to save them from the fires of Hell….”

In this message, we are given a prayer entitled:

O dear Jesus, I beg You to enlighten the souls of the elites who rule the world. … Please prevent their plans to hurt millions of people through vaccinations, shortage of foods, forced adoptions of innocent children and the splitting up of families, from taking place.

Heal them. Cover them with Your Light and take them into the bosom of Your Heart to save them from the snares of the evil one. Amen.

And other prayers for the protection of our children and our families.

Crusade Prayer (153): The Gift of Protection for children

O Mother of God, Mother of Salvation, I ask that you consecrate the souls of these children (list them here…) and present them to your beloved Son. Pray that Jesus will, through the Power of His Precious Blood, cover and protect these little souls with every kind of protection from evil. I ask you, dear Mother, to protect my family in times of great difficulties and that your Son will look favourably upon my request to unite my family in one with Christ and grant us Eternal Salvation. Amen.

O God, my Eternal Father, through the grace of Your beloved Son, Jesus Christ, please protect my family, at all times, from evil. Give us the strength to rise above evil intent and to remain unified; in our love for You and one another. Sustain us through every trial and suffering we may endure and keep alive the love we have for each other, so that we are in union with Jesus. Bless our families and give us the Gift of Love, even in times of strife. Strengthen our love, so that we may share the joy of our family with others so that Your Love may be shared with the whole world. Amen.

Another warning against new laws:

“…Many new laws will be brought into your nations, where My Father’s Book will become impossible to access. You must never accept these laws because they deny Me.  When you have no access to My Teachings, your children will not know Me. When My Teachings, the Laws of God, become outlawed, then you will know that it will be by the hand of Satan that your governments are being guided.

You must not allow yourselves to be taken like slaves. You must not succumb to absurd laws, which deny your free will. Never forget that you were born with the gift of free will – a Gift from God.

Any man who takes away your free will, denies God. Any government or nation, which denies you your free will to bear witness to God, is being guided by Satan. You, My beloved followers have been duped by satanic influences through those nations, which control your banks, your governments and your access to food. …”

Besides laws such as the one mentioned above (Section 25A: removal of children) we have Catholic educational leaders (and their bishop?) taking the first step towards confusing children about their Creation and their identity. It was under the pretext that it is to educate them re: LGBT and transgender, in the light of the teachings of the Catholic Faith. We might think this sounds good, but in reality, we know this will not happen.

The Faith of  Catholics is already in the hands of modernist teachers and leaders. No-one gets promoted unless you are very ‘contemporary’ as they like to call it. Already the Director of schools has targeted and labelled ‘devout Catholics’ (as if it was a  bad thing) as likely having a problem with it and needing to ‘get over it’ or be railroaded. Does he know the meaning of devout? Are the parents, who actually care that Catholic schools exist, even worth him acknowledging?!

The children will latch onto this “new” approach and be overwhelmed and drown in its insidiousness. The vast majority of teachers of this new religious education curriculum,  are poorly formed in their faith and utterly unsuited to teach and answer questions about the Teachings of our Faith on matters challenged by society. And consider who/ where it is coming from, this is as dangerous as letting an enemy put ‘vitamins’ in your water source.

Book of Truth warns us not just against new laws, but clergy who are silent:

“…Not only do the laws, which govern their countries, begin to change, but the faith they once had, seems to have evaporated.

Fewer priests, fewer servants in My Christian Church, are coming forward to defend the Laws of God.

Nor do they shout their allegiance to Me. Instead their voices are but whispers amidst the noise of voices, which rant and promote self-love.

The Word of God is being devoured by the voices of the atheists who disguise their voices behind the cloak of government laws, which are being amended in the name of so called justice, tolerance, for the good of all.

The lies being presented before you are designed to destroy not only the Word of My Father, but Christianity throughout the world….”

“Catholic school students will be taught about different sexual identities, atheism and social media relationships as part of a radical shake- up of religious curriculum in the Parramatta Diocese. Greg Whitby conceded the move would be controversial among devout Catholics but said change was necessary .

“Catholic school students will be taught about different sexual identities, atheism and social media relationships as part of a radical shake-up of the Catholic Diocese of Parramatta’s religious curriculum. The move is a bid to make religion more relevant to students’ lives and cater to an increasing number of multicultural students who are not Catholic. Students in Year 7 and 8 will be asked “to recognise sexuality as an exploration in forming personal identity”.

They will discuss questions like “Is sexuality optional? Does the Church’s teaching on sexuality have any value or relevance to modern life? How does social media construct sexual identity?”

The Diocese’s schools chief Greg Whitby conceded the move would be controversial among devout Catholics but said change was necessary if they were going to engage students in religion.

“There will be critics of this approach, just as the older generation critiques the younger generation but we believe we can defend the proposition,” Mr Whitby said.”

Parents have been complaining all over social media. One well-meaning priest, reacted to parents’ concerns and reassured them that although many Catholic teachers do not practice their Faith, many resources have been made available to teachers so that they teach the Faith. He is a good priest and apparently was part of the discussions in forming this curriculum. But really? Parents aren’t that blind. It will be exactly as has been done to many other traditional features of our Faith and Christ’s Teachings. They will be twisted to suit the modern agendaand our children’s morals and Faith will be further diluted, if not totally corrupted and they will become conformed to modern society.

In response, the newspaper received a letter from a solid Catholic Priest in regards to plans of Catholic Diocese of Parramatta:

“Regarding the plans of the Catholic Diocese of Parramatta in instituting “a radical shake-up of the religious curriculum, I respond in the following way:

If I were a Catholic parent and a salesman came to my door wanting to sell me material about “gender identity,” I would tell him of the TWO identities, male and female.

If he wanted to sell me on “atheism being another faith,” I would tell him that atheism involves a LACK OF FAITH.

Perhaps at this point he would say that I am suffering from “boredom of religion!”

As a Catholic priest in the Diocese of Parramatta, I kindly remind the Catholic Education Office of Parramatta of their crucial responsibility in teaching their students of the importance of the 10 Commandments; likewise the Catholic teachings of morality, especially in regards to the Church’s teachings on proper relationships, marriage between a man and a woman; abstinence before marriage; the evils of pornography; the love of purity; the avoidance of homosexuality. Oops, am I boring you??

Catholic faithful are sick and tired of politically correct agendas being thrown at the innocence of their children.

Oh Mary conceived without sin, pray for us who have recourse to you.”

So many of these attacks began with our bishops. E.g. support for same sex marriage, closure of churches, Communion in the hand only, etc. This is only just the beginning. In October, Australia is having a Plenary Council. The agenda is insidious and, just like that of the Amazonian Synod, has been condemned. It has been said, that this agenda will resurface in this Plenary Council and make this teaching mandatory everywhere.

Heaven forbid! We have many good bishops, but not many of our bishops are courageous. Can they stand up to the influence of the masonic bishops and defend laws of God?

We have to pray so hard for our priests, bishops and government leaders!!! We must pray daily for the Protection of our children from the demonic forces which encircle us. They threaten our lives and they threaten our souls. They are dividing families (in more ways than one!) and have taken our freedom- and they have only just started!

But also know this: our help is in God who made the heavens and the earth. All Power and Dominion belongs to Him. His Power is Almighty, far greater than any evil entity. If you know this, you must call on His Power day and night– pray without ceasing. You were born for this, and in truth, you may die for this, but you will testify to His Glory and His Power and He will be Victorious.