The miracles I promised the world, through My Crusade Prayers, will increase 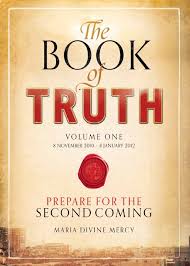 “Suffering can be reduced through the prayers of My remnant army, because I bequeath to them special graces. The miracles I promised the world, through My Crusade Prayers, will increase and many will witness healings and conversions. It will be through these miracles that I will make Myself known, even to the most hardened of sceptics.”

On August 17th, 2017, we had driven on a long trip (8 hours) to attend a family wedding in the far North of NSW. We checked into a little motel and went across the road to see the relatives of the groom in order to let them know that we had arrived safely and to greet them. Unfortunately, the flu had hit all of the groom’s immediate family members quite hard and my husband’s beloved uncle came out of his bedroom only briefly to greet us, while coughing painfully, and then he went back to bed to rest. Many were ill and the wedding was only a day and a half, away.

The next day we discovered that uncle had taken himself to the doctor because he got even sicker overnight. The doctor admitted him straight to hospital because it appeared he had pneumonia. Hopes of him attending at least the wedding ceremony of his youngest (and last) son to be married, were quickly dashed as he became even more ill and unable to go anywhere on the Saturday. I became gravely concerned that he may not even live through the week after the wedding and naturally was anxious about the tragic impact this would have on the whole family. He was very much loved by all and everyone missed his presence, almost immediately, in every situation. It put a sombre cloud over the festivities.

As the only practising Christian (that I know of) on my husband’s side, I felt a responsibility to pray continuously and I recruited the help of our Crusade Prayer group, (of course) and even my teenage son, who offered his intentions at Mass each weekday for the next 4 weeks. Also, I asked for Masses to be offered by our local priest for this intention. I was praying for the salvation of uncle’s soul first and foremost, for his family and, of course, for his healing, according to God’s Will.

The news of double pneumonia on the lungs had come through by now and things only got worse. He was transferred to 3 different hospitals altogether to try to help him, he suffered a heart attack on the way in the ambulance, they talked of placing him in an induced coma and then his kidneys shut down too. I wondered whether he was Catholic and how I could talk to his family about Extreme Unction. His family were told to gather round as he probably wouldn’t survive.

His lungs were basically stuffed and he was intubated and on oxygen. The doctors couldn’t help him, although they had been trying of course, and he had lost all the little weight that he had in fighting this, to be just skin and bones. And although originally a fit man, he was 70 years old so there wasn’t much in his favour….except for the large number of people praying for him! 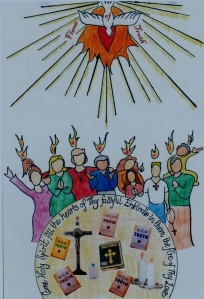 And then something miraculous happened. Uncle realized that he was bound to die and that God alone could help him now. From deep in his heart, he spoke to God and asked Him to make him better. And God, in His Graciousness and Goodness, did! Overnight, he started to feel better and he started breathing normally again! In uncle’s mind and heart, the reason for this was, unmistakably, by the hand of God.

At this sudden and marked apparent improvement, the doctors took more X-rays the next day. Soon their surprise turned to disbelief. It showed that his lungs had become completely clear- overnight! Two different, separate doctors said to him that it was completely unexplainable and they had never seen anything like it. They were astounded and clearly implied that it was miraculous.

Furthermore, uncle did not even have to go in to rehab! The medical team had anticipated that he would need at least a month of rehab after ICU; to learn to rehabilitate his lungs and recover his kidneys. But, instead, he was able to go straight home! Isn’t that amazing?!

He is now just having physio at home to help him regain his muscle strength (to walk better) and he has to put back on a lot of weight. He only weighs 50kgs after the ordeal. When my husband rang to see how he was, his uncle told him the personal story of his miraculous healing. Until that point, we thought he just recovered in a natural manner; nothing else had been mentioned by anyone else. It’s funny how some people don’t like to spread the story of, or lay claim to, a miracle. It’s not that uncle won’t tell you, (he will!) but that not everyone seems to want to hear it. And this is coming from a man who does not attend church or usually speak of anything much to do with God. This seems to be the sign for ‘hardened sceptics’ as mentioned in the prophetic message given to all those who dedicate themselves to Jesus’ Mission of Salvation.

We are all just so grateful to have him back. And after all my worrying and fretting, I also found out that he is actually a baptised Catholic, after all!

Of course, all the prayers and Masses were invaluable. Even an old, Italian neighbour had a Mass said for him. But in the end, all it took was for uncle to ask God himself. Because the sign was for him, not for us who already believe. It was the only way he could know it was actually a miracle, that it was done ‘by God’ whom he called to, and that it was done in response to his plea for help, in response to his prayer. God cares that much- for him!

How good is God! We all must offer thanksgiving too (not like the ungrateful lepers)- for yet another miracle and a healing, as Jesus promised. I think that since beginning this Mission, I have received within my family, 4 full conversions and 3 miraculous healings, of various types in a relatively short space of time. Jesus has certainly been true to His promise! May this almighty sign of God with us, lead souls to seek Him with sincere hearts, for He is very near.

Catholic mother of seven children. Crusade prayer warrior in Jesus' Final Mission to save souls. View all posts by RemnantchildofMary