Prayer Theme: Protection during the Warning and from the Antichrist

(P.S. The readings, although randomly chosen, seem to fit in exactly with the prayer theme today. I say this often, but Jesus really is present at every prayer group and guides us.)

The Beasts and the Judgment.  In the first year of King Belshazzar of Babylon, as Daniel lay in bed he had a dream, visions in his head. Then he wrote down the dream; the account began: In the vision I saw during the night, suddenly the four winds of heaven stirred up the great sea, 3 from which emerged four immense beasts, each different from the others. The first was like a lion, but with eagle’s wings.While I watched, the wings were plucked; it was raised from the ground to stand on two feet like a human being, and given a human mind. The second beast was like a bear; it was raised up on one side, and among the teeth in its mouth were three tusks. It was given the order, “Arise, devour much flesh.” 6 After this I looked and saw another beast, like a leopard; on its back were four wings like those of a bird, and it had four heads. To this beast dominion was given. After this, in the visions of the night I saw a fourth beast, terrifying, horrible, and of extraordinary strength; it had great iron teeth with which it devoured and crushed, and it trampled with its feet what was left. It differed from the beasts that preceded it. It had ten horns. I was considering the ten horns it had, when suddenly another, a little horn, sprang out of their midst, and three of the previous horns were torn away to make room for it. This horn had eyes like human eyes, and a mouth that spoke arrogantly. As I watched, Thrones were set up and the Ancient of Days took his throne.

His clothing was white as snow, the hair on his head like pure wool; His throne was flames of fire, with wheels of burning fire. 10 A river of fire surged forth, flowing from where he sat; Thousands upon thousands were ministering to him, and myriads upon myriads stood before him.

The court was convened, and the books were opened 11 I watched, then, from the first of the arrogant words which the horn spoke, until the beast was slain and its body destroyed and thrown into the burning fire. 12 As for the other beasts, their dominion was taken away, but they were granted a prolongation of life for a time and a season.

\13 As the visions during the night continued, I saw coming with the clouds of heaven One like a son of man. When he reached the Ancient of Days and was presented before him, 14 He received dominion, splendor, and kingship; all nations, peoples and tongues will serve him. His dominion is an everlasting dominion that shall not pass away, his kingship, one that shall not be destroyed.

15 Because of this, my spirit was anguished and I, Daniel, was terrified by my visions. 16 I approached one of those present and asked him the truth of all this; in answer, he made known to me its meaning: 17 “These four great beasts stand for four kings which shall arise on the earth. 18 But the holy ones  of the Most High shall receive the kingship, to possess it forever and ever.”

19 Then I wished to make certain about the fourth beast, so very terrible and different from the others, devouring and crushing with its iron teeth and bronze claws, and trampling with its feet what was left; 20 and about the ten horns on its head, and the other one that sprang up, before which three horns fell; and about the horn with the eyes and the mouth that spoke arrogantly, which appeared greater than its fellows. 21 For, as I watched, that horn made war against the holy ones and was victorious 22 until the Ancient of Days came, and judgment was pronounced in favor of the holy ones of the Most High, and the time arrived for the holy ones to possess the kingship. 23 He answered me thus:

“The fourth beast shall be a fourth kingdom on earth, different from all the others; The whole earth it shall devour, trample down and crush.

24 The ten horns shall be ten kings rising out of that kingdom; another shall rise up after them, Different from those before him, who shall lay low three kings.

25 He shall speak against the Most High and wear down the holy ones of the Most High, intending to change the feast days and the law. They shall be handed over to him for a time, two times, and half a time.

26 But when the court is convened, and his dominion is taken away to be abolished and completely destroyed, 27 Then the kingship and dominion and majesty of all the kingdoms under the heavens shall be given to the people of the holy ones of the Most High, Whose kingship shall be an everlasting kingship, whom all dominions shall serve and obey.” 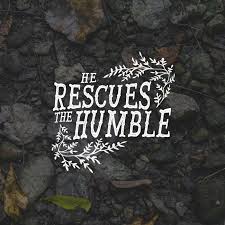 Worry about your own soul first then pray for others.

My dearly beloved daughter let there be no division amongst My Followers in this mission to save souls, for that is the desire of he who hates Me. When my beloved Christian followers divide, and when they fight each other in My Name, this brings Me great sadness. My sorrow is compounded when those who proclaim My Word then deny it by causing harm to others, through cruel means, in order to inflict venom.

All of God’s children are equal in My Eyes. Know that the good amongst you are not immune to the temptation of Satan, while those with despair and hatred in their hearts are not immune to My Gifts. Each one of you is a sinner. Do not come before Me ever and tell Me that one soul is not worthy of Me. Do not denounce another person before Me and declare him to be evil; for who are you but just a sinner in My Eyes?

The world is full of love. But it is also full of hatred and indifference to Me, Jesus Christ, because of the existence of sin. Only when sin is eradicated will the world become whole. You must, therefore, worry about your own soul first and then pray for others. When you do this I will shower My Mercy upon all of you. When the man who exalts himself before Me and speaks ill of another man, he will come before My Seat of Judgment last, while the man who humbles himself before Me will come first.

When will you truly accept My Teachings? Why do you say you are of Me when you show hatred to others? You will never become worthy of My Kingdom until you discard your cloak of self-righteousness and your armour of pride.

Mother of Salvation: The antichrist will use his so-called stigmata as a means to convince the world he is Jesus Christ

My child, when the deception engulfs souls under the influence of the antichrist, people will be fooled by many acts, deeds and words which will come from him. Sweet and soothing and with a calm demeanor, he will confidently justify every sin against God. Even the most vile sin against humanity will be gently explained away as if it is of no consequence. He will convince many that the taking of life is for the good of others and an important part of human rights. Blasphemies, which will pour from his mouth, will be seen as just and proper. He will justify everything by quoting Holy Scripture, backwards. Those who will hang on to his every word will not know enough about the Word of God to be able to contradict him. Then he will give the impression that he prays constantly and will declare that he is spiritually gifted.

In time, people will convert to what they will believe to be a truly enlightened one-world religion, in which the antichrist will play a large part. Then he will use every demonic power, given to him by Satan, to convince the world that he has the stigmata, associated with the saints.The antichrist will use his so-called stigmata as a means to convince the world he is Jesus Christ and that h

e has come to salvage the world. Then he will say that he is announcing the Second Coming and those who fall at his feet, in adoration, will be swept away with him by the Angel of the Lord,who will throw them into the lake of fire.