Of course we all know how Bergoglio works by now, but we can’t always convince others who still question who is the villain – Scalfari or Bergoglio? The following arguments (from TM) may be useful to reflect upon, in the case of:

“Did he deny the divinity of Christ?”

“So many commentators who, after a ponderously long number of years have finally woken up to the heretical antics of JM Bergoglio, still seem to remain uncertain as to whether he ‘really said’ what his favourite journalist quoted him as saying regarding Christ’s not being Divine whilst He was on earth.

Michael Voris, in a youtube chat with Dr Taylor Marshall said that the most disturbing news to emerge during the Amazon Synod was of Eugenio Scalfari referring to Bergoglio as having said that:

“Anyone who has had the good fortune to meet with him and speak with him in utmost confidence – as I have done several times – knows that Pope Francis conceives of Christ as Jesus of Nazareth: a man, not an incarnate god. Once incarnate, Jesus ceases to be a god and becomes a man, until his death on the cross.”

So many commentators have been asking these questions after the latest clanger.

They obviously still have not gotten their heads around this and are still giving Bergoglio the benefit of the doubt- AMAZING!!!

This latest one really, really needs to be fully addressed and dealt with. It is urgent that it is addressed. Catholics are being hereticised by this & losing their Catholic beliefs.

It is a scandal that a man who sits on the Chair of Peter denies Christ’s Divinity- to the world! 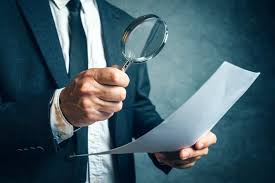 Let’s get our teeth into this and put it under the microscope.

Why did Bergoglio not come out and immediately deny that he had conveyed this to Scalfari???

Answer:  Because he had planned with Scalfari for him to report this to the world……and during this outrageous and idol- worshipping Pan-Amazonian Synod……. the timing of the release precisely planned.

With all the babble that comes from the mouth & pen of Bergoglio about everything under the sun….. except spiritual matters like ‘to pray for the salvation of souls’….. why does he not deny what Scalfari reported about his saying that Jesus was not Divine whilst on earth?

Bergoglio came out immediately and forcefully after the Pachamamas were thrown into the Tiber to state “As a bishop of the diocese, I ask forgiveness from the persons who were offended by this,” he said.

He has not apologized to the Catholics & Christians of the world for the fact that these pagan icons were on Vatican soil in the first place, much less bowed down to and worshipped there. No, no, no!!

Nor has he apologized for the ‘misunderstanding’ involved in Scalfari’s report re: Jesus not being Divine whilst on earth.  No, no, no!!

I repeat…..why did he not come out immediately and forcefully to refute what Scalfari had reported him saying about Jesus’ Divinity??????????

If you (the reader of this email) had a big public role…… Pope, President or Prime Minister….. and you periodically sat down with a now world famous journalist to convey your thoughts to the world…..and this journalist time & time again misquoted what you had said on very serious matters that affected the whole planet and the salvation of souls….would you keep going back to that journo to have him misquote what you said? Speaking for myself…NO WAY, JOSE!!!!!!!

So why does he keep going back to Scalfari??

Bergoglio has these naïve & gullible commentators all sewn up. He would be laughing at their incredulity. And so would the atheist, Scalfari!!!

This is a pre-planned method of Bergoglio delivering appalling heresies to the world…and not just to the people of Italy….. as one reporter from 1Peter5 attempted to ingenuously rationalize.

When Bergoglio speaks, every word goes out to the world and he knows it… no matter what the primary outlet… Italian or Swahili!!!

So here we have Bergoglio going back to the one who reported him as saying ‘no-one goes to Hell, but if not deserving of Heaven will be annihilated’ … to report him saying that ‘Jesus was not Divine whilst on Earth’.

It would take only a few words for Bergoglio to deny this. He says so many,  many things….so why can’t he issue a denial? If he did not make this assertion, it is imperative that he makes a public denial that he said this, and does it immediately.

This is a scandal that could take millions away from a belief in Christ’s Divinity.

If it is true Bergoglio said this…. it is a heresy of the HIGHEST order.
The Catholics of the world should be screaming out for him to personally deny that he made this statement…
But we know that he will not do that.
And we know that, in time, he will be back for another interview with Scalfari. After a number of interviews with his favourite interviewer…. we know how it all works now.

I am now saying emphatically that I BELIEVE that:

BERGOLIO HAS SAID JESUS WAS NOT DIVINE WHEN HE WALKED THE EARTH….and I cannot be blamed for believing he said that!!!

Bergoglio is the one to be blamed for ‘my believing’ he said that!!!

He said that!!! If he did make the assertion that Jesus was not Divine whilst on earth, it is not possible that Bergoglio is the Pope!!!

And because of all the other heresies he has announced to the world from the Chair of Peter, it is not possible that he is the Pope!!!

Of course many of you are aware….. there are other reasons too; relating to the process of the St Gallen Mafia Club planning and manufacturing his election ……for believing that he is not the Pope.

My purpose in writing this is one reason only….the defense of the true and immutable teachings of our beloved Catholic Church, our only hope of salvation. And, if in the process of doing that, I put a spotlight on the nefarious agenda of the man supposedly on the Chair of Peter….so be it!!!

God help us ….please help us!