Prophecy in the Book of Truth moves closer  to fulfilment in many ways.

The latest is the new Confession laws passed as law in Victoria, Australia. 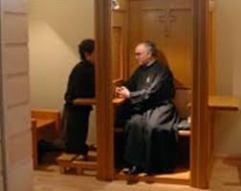 “The legislation in Victoria came as a response to the final report of the Royal Commission into Institutional Responses to Child Sex Abuse, which recommended in 2017 that clergy and confession no longer be exempt from mandatory reporting. South Australia and the Northern Territory have introduced similar mandatory reporting laws. Tasmania and western Australia are expected to do the same. “

Why Victoria? That’s easy! It’s the state where Cardinal Pell was falsely arrested, accused and ‘hung up to dry’ and then gaoled – all the defence evidence was ignored and the words of one accuser were believed. Read an account of this travesty of justice  here:

Jesus said in the Book of Truth:

My dearly beloved daughter, how My Heart is breaking because of the plight of My sacred servants and the difficult trials which they will have to face because of My enemies. My most esteemed Bishop will be the subject of a terrible miscarriage of Justice. Then, when he has been demonized, many of My sacred servants will be taken to task, should they dare to utter grievances against the new laws, which are not of Me and which they will have to witness being introduced into My Churches.

So this news fulfills another section of this prophecy.

Already fulfilled is the first part “…My most esteemed Bishop will be the subject of a terrible miscarriage of Justice. Then, when he has been demonized,..”

What is not yet fulfilled is “...many of My sacred servants will be taken to task, should they dare to utter grievances against the new laws,…”

Another prophecy in the Book of Truth:

“…Every single Sacrament will be changed beyond recognition. So cunning will the enemies of my Son be, that the holy ceremonies will be seen to have changed only a little. The Sacrament of Confession will be abolished, for the beast does not want souls to be redeemed, because this would be a victory for my Son…”(Mother of Salvation; 5 Sept. 2013 )

“ Archbishop Peter Comensoli of Melbourne has stated in the past that he is ready to go to prison rather than break the seal of confession.

In August, he said, “For Catholics, confession is a religious encounter of a deeply personal nature. It deserves confidentiality.”

Father Bob Maguire of Melbourne said in response to the legislation, “They’ll have to get the prisons ready.” He told the media that his fellow priests will refuse to report abuse to police. He added that while he understands the motivations behind the law, he asserted that “restorative justice,” rather than “retributive justice,” for sexual predators, is preferable.

In August, Archbishop Comensoli wrote to his flock saying he was committed to safeguarding children and was working closely with Victoria’s Commission for Children and Young People. “I am strongly committed to reporting to the appropriate authorities, and have already exercised that duty here in Melbourne. I am also strongly committed to upholding the seal of confession. I have begun conversations with our public authorities about finding a way in which these two principles can be upheld, for the sake of the safety of all. Tomorrow I will be meeting with the Clergy of the Archdiocese, where I will reiterate my commitments and priorities, and seek their full cooperation in our common task ahead.”

I hope and pray that all priests stay true to their Faith – true to Jesus.

I hope, like Cardinal Pell, that they are all ready to suffer, if they need to – in order to save souls.

Please, don’t forget to pray for our persecuted and suffering priests. 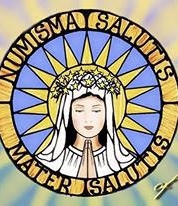 Mary, Queen of the Clergy, pray for them.

Mother of Salvation, pray for them.

One thought on “Law of confession now changed – prophecy being fulfilled.”