Of course, many can see right through the pretend pope’s actions. 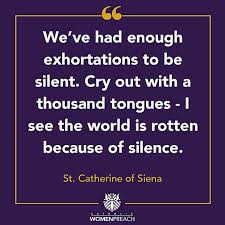 Here are a few comments sent to me from friends:

From Tony M:
Hi Everyone,
An excellent, excellent article by Fred Martinez of ‘Catholic Monitor’ explaining how Querida Amazonia uses word games
to bring so many Catholics to worship false gods without them even noticing…conservative Catholics who cannot see they have been tricked by a ‘master of deception’.
Bergoglio, on at least one occasion, said the God does not do magic …..as part of an argument denying some of God’s authentic miracles.
Well, it would seem that Bergoglio is the ‘magician’ as he…. with ease….. deceives good conservative/orthodox Catholics…..
towards abandoning the True Catholic Faith…..for the New False Church that embraces all religions……. including the Pachamama idolatry of the Amazon region.
(Will the next trick be a Synod of ….Congo…. Borneo….. Antartica….the Pacific…..outer Mongolia…..the Nile River…. Can I put in an application for the Murray River region of Australia???!)
Hold on to your hats folks; we are in for a very tricky ride…….. where most have not a clue where they are being led.
He is brazen and brilliant in his deception of so many.
But for those who are seeing the big picture of his plan to destroy the Catholic faith, he is not so brilliant…..his game is transparent to them.
But it is only the few who see through those eyes.
And they are the ‘Remnant of the True Church’ as it approaches its ‘Final Trial’ as referred to in  Catechism of the Catholic Church….

“The Church’s ultimate trial 675 Before Christ’s second coming the Church must pass through a final trial that will shake the faith of many believers.”

These people who are being deceived by Bergoglio….. with such ease need to start listening to God....because God has told us of this time of tribulation.
Time for the PhD commentators to realize that the only one who fully understands what is happening here is God…. not them!!!
Time to listen to Him!!!
GOD SPEAKS TO US THROUGH HIS AUTHENTIC PROPHETS.

The article Tony mentioned by Fred Martinez at the Catholic Monitor is:

Updated February 12, 2020
We had the Pachamama Synod.
Do we now have the Pachamama exhortation?
At the Amazon Synod, Francis said that the pagan Pachamama idols that were bowed down to had no “idolatrous intentions.”
It appears that Francis in his Amazon Synod exhortation Querida Amazonia section 79 doubled down that it is admissible to bow down to Pachamama idols if they are called “an indigenous symbol”:
“[It] is possible to take up an indigenous symbol in some way, without considering it as idolatry.”
This is like an Arian heretic saying: … Read it at: http://catholicmonitor.blogspot.com/2020/02/catholic-monitor-pachamama-exhortation.html

Hi everyone,
Below is another insightful article from George Neumayr of the Spectator.
It sheds clear light on the Apostolic Exhortation…. ‘Querida Amazonia’.
Many commentators have been saying the document is not so bad after all….they were expecting worse that this.
WEEEELLL. It is all still moving in the same direction….married priests….women deacons….embracing all religions including the pagan ones.
The agenda was simply pulled back a little…. in time….. because of the Cardinal Sarah/Pope Benedict book on priestly celibacy.
It would be naivity in the extreme to think the above agenda has in some way been abandoned.
Lets keep our wits about us.
Bergoglio’s slight of hand was to not state all of those things clearly to us in the Exhortation .….but to point us to the Final Amazonian Synod document.
Don’t know that I have seen a trickier operator anywhere in my lifetime.
And he thinks we can’t see what he is up to. (Tony M.)

“The Pope’s Slippery ‘Synodal’ Way: His exhortation about the Amazon synod raises more questions than it answers.” 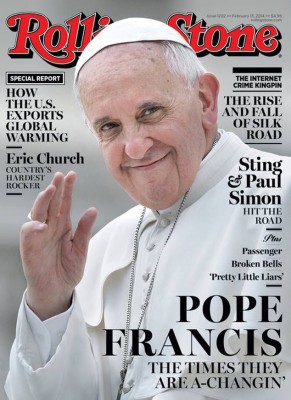 “Typical of a Jesuit,” said Archbishop Bruno Forte in 2016, as he reflected on the deviously indirect style of Pope Francis. Forte, a close aide to Pope Francis, recalled that the pope didn’t want to spell out his support for Communion for the divorced and remarried in his exhortation Amoris Laetitia, lest it cause too much backlash. Forte quoted the pope saying, “If we speak explicitly about Communion for the divorced and remarried, you do not know what a terrible mess we will make. So we won’t speak plainly, do it in a way that the premises are there, then I will draw out the conclusions.”

In his latest exhortation, Querida Amazonia, the pope adopts a similarly opaque style. After having engineered a synod in which he had chosen all the fathers — a synod that he knew would reach conclusions in favor of married priests and female deacons — he decided to write an exhortation silent on those questions. The exhortation amounts to a papal punt. The question now is: Who will pick it up?

The exhortation, after all, urges people to “apply” the work of the synod. Were the exhortation a definitive rejection of married priests and female deacons, why would the pope say that?

Fr Z mentions the “bitter fruit” resulting from all these synods. He describes very well the process:

“And this bitter fruit…

We had – for centuries – councils on the papacy and on the episcopacy.
We need a Synod on synodality (seriously)

Fr Z. speaks about the puzzle pieces that emerge from this Apostolic Exhortation:

“These are puzzle pieces. Slowly a picture might emerge as they fit together. That picture might not be what we would prefer it to be.

This is one of the reasons why, on both the faithful and traditional and conservative side… as well as one the iconoclastic and papalatrous left… we should all be careful about leaks and possible campaigns of disinformation. The risk of getting things wrong isn’t worth getting to the story FIRST! Truth is more important than clicks.

It is remarkable, really, that nothing worse came from this.”

Read the whole of FR Z’s article at:

In a nutshell – How can anything that is consecrated to demonic idols be anything but diabolical?