Last night, I was feeling a bit fragile, and prayed especially to St Raphael, St Michael and my dear Guardian angel about the things that troubled me. I think the times are upon us, and most of us have many worries – both physical and spiritual. 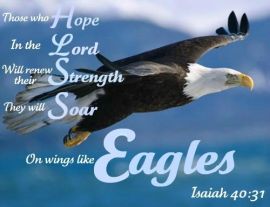 I awoke  at 3am in the morning with a song in my head. I found myself singing in the chorus, but I could hear the whole tune in my mind. At first, I only remembered a few words, then the whole chorus. After that I recognized it but could only remember a word here and there. This went on for about an hour. I knew the lyrics were amazing – they answered my prayer perfectly. on the  odd occasion, I have experienced this at waking in the morning, but this was different! Even the time was significant. At other times, when I wake up at odd hours, I think it reminds me to pray.

I felt now supported, and peaceful and joyous. I was reminded that God was always with us and He would take care of us, protect us and lead us. We need not worry.

Now this story also has another element. I rang my daughter  “Remnant child of Mary” to tell her. And she said, “Mum, you don’t know what that means?”, and I said “Why? What do you mean? She told me how a few weeks before she had been speaking to her own daughter about difficulties being experienced in many professions regarding losing their jobs unless they are v…d. They were trying to work out an alternative. She had mentioned this alternative to me before.  On reflection, I had said to her, that I could perhaps contribute in a small way.

And the same thing happened to her. She went to bed concerned about financial matters and what they could do. And guess what?!!!  She also woke up with that tune in her head. The very same hymn/song!!! I remember singing it in Church decades ago. It was confirmation for her and her daughter. Somehow, our two different prayers and issues had collided. God was leading us to what He has planned for us. Like a tender father, He did not want us to worry, or be unsettled.

We need not worry about what is to come. Jesus in the Book of Truth continues to reassure us. We need to hand over all our worries and concerns, and He will take care of everything!!

The heart-stirring lyrics are below:

You who dwell in the shelter of the Lord
Who abide in His shadow for life
Say to the Lord, “My refuge, my rock in whom I trust!”

Chorus:
And He will raise you up on eagles’ wings
Bear you on the breath of dawn
Make you to shine like the sun
And hold you in the palm of His hand

The snare of the fowler will never capture you
And famine will bring you no fear
Under His wings your refuge, His faithfulness your shield

You need not fear the terror of the night
Nor the arrow that flies by day
Though thousands fall about you, near you it shall not come

For to His angels He’s given a command

And hold you, hold you in the palm of His hand. 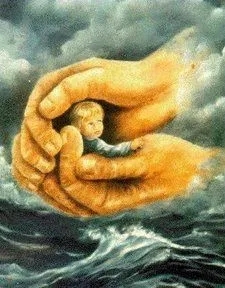 I had no idea how many bible verses deal with the Second Coming and the times we are in. I could never find them all if I tried! So God keeps giving them to me instead. I also would not even have ‘the eyes to see’ in each passage what He was saying, unless He enabled me; in my mind, heart and spirit. It was not always so.
But what I do have, I must share!
In my heart I pray for Wisdom and I ask God what he wants to show me and share with me today or tonight, before opening my Bible. It is true that nothing is inconsequential in the Word of God and that therefore everything I open upon is important, HOWEVER it is not my doing that each passage, from so many different parts of the Bible are on the same theme, each night in a row. And that God confirms what He is saying through others! So, if you are also willing to listen to what He has to share with you today, join me on the journey of the past few days! Each part will be separately posted, so as to allow you time, as God did for me, to pray earnestly and reflect on what God is saying to you…

Reading 1: Thursday 31st March
God gave me this passage to read about “being fed” and led- (Spiritually and physically) by Him… and therefore not worrying in the time ahead!

[2] And the word of the Lord came to him, saying: [3] Get thee hence, and go towards the east and hide thyself by the torrent of Carith, which is over against the Jordan, [4] And there thou shalt drink of the torrent: and I have commanded the ravens to feed thee there. [5] So he went, and did according to the word of the Lord: and going, he dwelt by the torrent Carith, which is over against the Jordan.
[6] And the ravens brought him bread and flesh in the morning, and bread and flesh in the evening, and he drank of tile torrent. [7] But after some time the torrent was dried up, for it had not rained upon the earth. [8] Then the word of the Lord came to him, saying: [9] Arise, and go to Sarephta of the Sidonians, and dwell there: for I have commanded a widow woman there to feed thee. [10] He arose, and went to Sarephta. And when he was come to the gate of the city, he saw the widow woman gathering sticks, and he called her, and said to her: Give me a little water in a vessel, that I may drink. .
[11] And when she was going to fetch it he called after her, saying: Bring me also, I beseech thee, a morsel of bread in thy hand. [12] And she answered: As the Lord thy God liveth, I have no bread, but only a handful of meal in a pot, and a little oil in a cruse: behold I am gathering two sticks that I may go in and dress it, for me and my son, that we may eat it, and die. [13] And Elias said to her: Fear not, but go, and do as thou hast said: but first make for me of the same meal a little hearth cake, and bring it to me: and after make for thyself and thy son. [14] For thus saith the Lord the God of Israel: The pot of meal shall not waste, nor the cruse of oil be diminished, until the day wherein the Lord will give rain upon the face of the earth. [15] She went and did according to the word of Elias: and he ate, and she, and her house: and from that day
[16] The pot of meal wasted not, and the cruse of oil was not diminished, according to the word of the Lord, which he spoke in the hand of Elias. [17] And it came to pass after this that the son of the woman, the mistress of the house, fell sick, and the sickness was very grievous, so that there was no breath left in him. [18] And she said to Elias: What have I to do with thee, thou man of God? art thou come to me that my iniquities should be remembered, and that thou shouldst kill my son? [19] And Elias said to her: Give me thy son. And he took him out of her bosom, and carried him into the upper chamber where he abode, and laid him upon his own bed. [20] And he cried to the Lord, and said: O Lord my God, hast thou afflicted also the widow, with whom I am after a so maintained, so as to kill her son?
[21] And he stretched, and measured himself upon the child three times, and cried to the Lord, and said: O Lord my God, let the soul of this child, I beseech thee, return into his body. [22] And the Lord heard the voice of Elias: and the soul of the child returned into him, and he revived. [23] And Elias took the child, and brought him down from the upper chamber to the house below, and delivered him to his mother, and said to her: Behold thy son liveth. [24] And the woman said to Elias: Now, by this I know that thou art a man of God, and the word of the Lord in thy mouth is true.